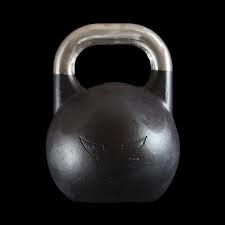 Some six weeks ago, I fell backwards during a failed box jump, and landed on my numb arm. I don’t get pain there, but my body still manages to give off its own warning signals that something is wrong – typically legs shaking or going into spasms, or generally shivering and getting very cold. So eventually I listened to my body and took the arm with me to A&E. Upshot was a bad sprain, possibly a hidden fracture. Advice: rest.
Anyone who knows me will concede that rest is not something I am very good at. So after a couple of days of feeling sorry for myself for having just written myself out of competing this autumn, I was kicking my heels and wondering how to get back into training. This is what I did.

Week 1: trained exclusively with good arm. This is also insensate after CNS meltdown last year, but it looks like things are starting to happen there… Anyway, this kept my body happy as I was training, and my good arm can really only feel heavy weights, so there was some satisfaction still to be had.

Week 2: brought weights down with good arm, started with very low weights with rotten arm, newly out of splint, worked 80:20 good to rotten arm. Not a happy week. Good arm couldn’t feel the lighter weight. Weak arm giving off panic signals elsewhere in the body. Body listless and fed up.

Week 3: Neurological setback. Brain decided to dissociate itself from weak arm, working on assumption it was interloper. Arm flopping about, neural connections shot through. Even getting dressed suddenly became a major challenge, trying to stuff a useless limb into a sleeve. Arm not even holding onto bell consistently so kettlebell lifting didn’t really happen for a few days. Relied on bodyweight stuff to keep body moving freely. Occupied brain with running the Kettlebell Pentathlon UK Facebook group, writing blogs and planning world domination.

Week 4: Hours and hours each day moving weak limb in front of mirror, to give brain the clear message that it was part of me. I have been through this process before post-stroke, and it works, but it is cerebrally exhausting, so you have to commit to the strategy totally. Played with 8kg bell, weak arm unreliable when lifting bell overhead. Used club bells, smaller movements, and was generally a bit narked with how it was all going. Expletives flying about fairly freely. Not ideal dinner party company ( just saying – wasn’t actually invited to one, understandably). By the end of the week, arm and body seemed to have had some subliminal emotional reunion, and things were picking up.

Week 5: Back to early morning gym sessions, determined to lift. Managed all five Pentathlon lifts, working 60:40, and weight back up to 14kg. Starting to feel optimistic. Videos not looking so bad now. Body less irritable, through keeping that higher ratio of lifts on the good side.

Week 6: 50:50 and kettlebell weight back to 20kg. 6 minutes Cleans 120 reps, 6 minutes Half Snatch 103 reps. Body much happier (and sensation returning on good side, slowly but definitely). I can’t dismiss the possibility that kettlebell lifting has assisted this recovery. The medical advice was rest and gentle exercise, which wouldn’t have suited my restless numb body, and I am almost back to full strength already, so I am happy. Looks like progress.