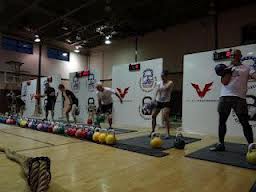 Standards are how we define ourselves.. If we want to be known for high standards, we have to adhere to our own sternest principles, even when that displeases others seeking ratification. I have been watching footage of kettlebell meets, interested to see how various organisations address the thorny subject of officiating over meets, and judging the competitors’ sets.

It’s never going to be easy. I officiated at our own Kettlebell Pentathlon UK meet in November, and yes, it is tough deciding not to count reps being knocked out by an eager competitor. Harder still when they have whooping spectators cheering them on, and you’re the only voice of dissention. But the entire validity of the event – and your organisation, even – relies upon your integrity, and that starts with defined standards.

It is relatively easy to organise a lax, careless competition, but very hard going indeed to assess every rep and judge each to the same exacting standards. No short cuts for the sake of happy customers, no fudging over scores, and definitely no being swayed by the enthusiasm of the moment. I have watched some shocking videos on YouTube and via facebook, posted with alacrity by the organisations who are proud of their 170 odd competitors, and maybe less concerned about their individual sporting performances. Even their poster girl or boy performs mediocre sets, with plenty of questionable reps, poor fixation, failure to double dip in Jerk etc. Sloppy sets seem to be the order of the day. It’s the same argument that we see hurled at bootcamps and group exercise where little heed is paid to technique and form. But in a competition, where each participant has paid to register and work for a ratified score, why would any organisation want to dumb themselves down by humouring their athletes and awarding accolades that have not been truly earned? Is the social media culture, and the desire for happy photo calls and jubilant status updates and tweets, eradicating every last ounce of integrity?

I am proud to be associated with a very different organisation, where scores and ratification have most definitely to be earned. I trust WKC to award only where the competitor has achieved, and their accolade will be worth so much more to the athlete and the wider audience alike. It is tough going to earn a score under the stern eye of Valery Fedorenko and World Kettlebell Club, just as their judge certification is  not easily earned. But this is what sets WKC apart, and makes them the gold standard for competitive meets. I won’t be settling for second class adjudication: my money’s on integrity every time, every rep.