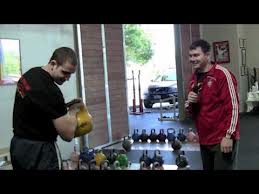 When we are looking for advice or professional assistance in any area of life, it is customary to seek out an expert, someone with proven experience in the field. It has surprised me, then, how readily students will part with their money to self-proclaimed gurus who have no traceable professional background.

I caught up with Valery Fedorenko this week. I am extremely fortunate enough to be able to say that I get help with my training from this world champion. We got onto the subject of kettlebell coaches who self-promote, but without the hard facts to substantiate their claims. We talked about some of my recent blogging experiences researching some online Kettlebell coaches – and bumping into another online who tried to poach me as a student! Valery feels strongly that a coach who is hoping to train students should have a transparent professional background: we should be able to read who they have trained, and/or who they themselves trained with. We should be able to see them perform the lifts, and hear them on their subject, before we are ever asked to part with our money for coaching. Even a newly certified WKC coach can stand this test because he or she has learnt from Fedorenko’s experience, and this is their provenance.They can now operate with some sense of understanding without having had to be World Champion themselves. Not all of the best coaches will have competed, but if they are claiming this, it should be a verifiable part of their career history.

Some students will have unreal expectations of a coach, so it is down to the coach to set down what he can and can’t achieve on behalf of the student. The coach’s job is to help the student, through programming. But the success of the programme will also depend on the student’s work capacity, proficiency and ambition.

Looking at the type of programming offered by some Russian kettlebell coaches, it is often difficult to get information about their content without a financial commitment. This secrecy leads to confused students who are unsure what they have signed up for, or how that will transfer to improved lifting prowess. When these coaches do reveal their programmes they include swimming in ice, gymnastics, running, bench press etc. Fedorenko finds it bizarre that the programme is frequently heavily focused on exercise other than kettlebell lifting.  It is not clear to him how these multiple athletic skills can be proven to transfer to kettlebell lifting. Indeed, in the case of bench press, he explained that it is a detrimental drill, causing a tightness across the chest muscles that will detract from a lifter’s potential capacity.

By contrast, Fedorenko’s coaching style is open for all to see. His videos are freely available on YouTube and give the student a clear idea of how he coaches, and of his priorities. But what of the part played by coaching – is it the whole picture? Fedorenko is realistic about the many factors that are involved in the student’s progress, beyond the direct input of the coach. He lists the student’s own self-discipline, nutrition, mentality, genetics, their ability to handle volume of work, and the speed at which their bodies repair from fatigue or injury, as significant factors. Other coaches will try to promote their programming as deserving 90% of the credit. Valery says that he will use his experience to programme for his students, that when progress is slow or grinds to a halt, he needs to decide between persevering on the same tack, or tweaking something within the programme. Sometimes the student will blame poor results on the coach, not admitting their own alcohol intake, poor nutrition or simply their lack of adherence to the programme. But Fedorenko believes he knows the value of his coaching expertise. He told me the following (Russian) story to illustrate his point:

A tenant of an apartment had a problem with his bathroom plumbing, so that there was no water coming out of the taps. He called for the maintenance guy to come and fix it. The maintenance man looked at the problem, and did not hesitate in returning promptly with a hammer. He knocked on a pipe, and the water began to flow again. He told the tenant the bill would be $500. “What?”, said the tenant. “How can you charge so much for simply knocking on a pipe?” “It’s not the knocking on a pipe that costs so much, it’s the knowing which pipe to knock.”